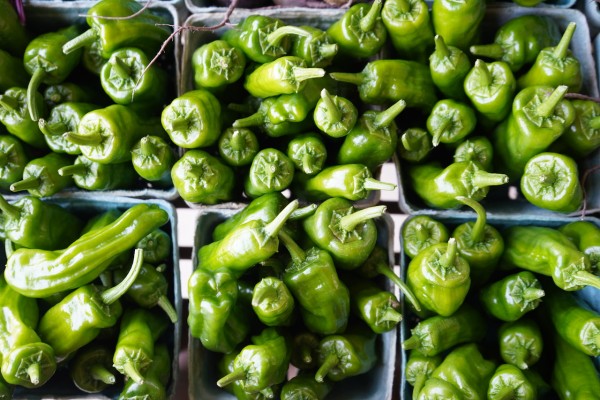 Originally from Japan, these frying peppers are now served in American restaurants as an appetizer, blistered in a skillet and sprinkled with coarse salt.

STORAGE: Shishito peppers will keep in an unsealed bag in your fridge for up to a week, if not longer.

Heat up the oil until it’s good and hot (but not smoking), add the whole peppers (with the stem on), and cook them, turning frequently, for about 5-10 minutes or until they’re blistered all over but not charred. Sprinkle some salt over them when they’re done. To eat, pick them up by the stem and eat the whole pepper (but not the stem). (Note: shishito peppers are typically very mild (not spicy), but occasionally you’ll get one with a little kick).